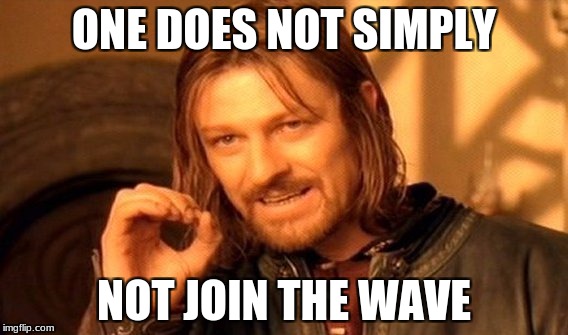 This meme shows loyalty because it relates to the what the characters that were part of the wave did. If people decided to stay out of the wave they were attacked. If someone did not agree with what the wave was doing and spoke up it would end up really bad for them. Also when they had the meeting everyone except 2 people were there showing that the pressure got to everyone wand they had to join. This meme shows dramatic irony because we know that the wave is so serious that they will attack people but all of the other people not in the wave don’t know that.